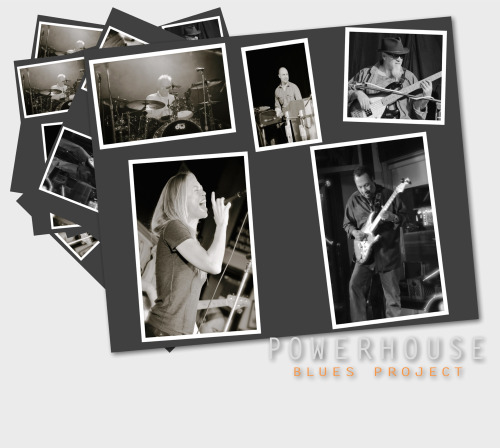 Listen to the Music! 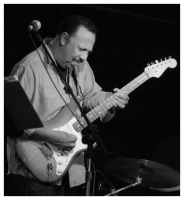 Steve started performing professionally in Austin Texas in the early 1970’s, touring across the country playing his guitar and singing with recording acts like Rufus Thoman (Stax Records), ZZ Hill (Malaco Records), Eddie Kendrix (Motown Records), G.C. Cameron of the Spinners (Motown Records) and many others.

After touring for many years all over the United States and abroad and opening up for acts like Ray Charles, Billy Preston, and Stevie Wonder Steve settled down in Oklahoma City and has been recording and playing locally.

Over the past three years Steve has been involved in the Oklahoma Blues Society, hosting the monthly blues jam and working closely with the Blues Society’s annual toy drive, and preparing for his next venture –  blues in the schools.  Steve sees Blues as a truly

American art form that the next generation not only needs to know about, but needs to know the influence it has had on modern music. 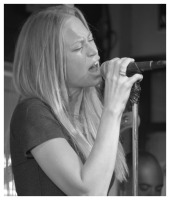 Lacy started singing gospel and hymns with her family in her hometown church in southwest Oklahoma at a young age. In her early twenties, she began singing with blues and R&B bands in the Anadarko and then the OKC area. She met Steve Coleman in 2006, and has since been singing various styles of music both locally and regionally, as well as writing her own.

In addition to the Powerhouse Blues Project, you can catch her with the OKC jazz/ambient/hip¬hop group Culture Cinematic. 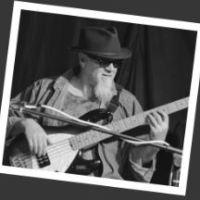 He has served as University Director of Prison Jazz Programs, Oklahoma Department of Corrections 1981-1991; Artist in Residence for the Oklahoma State Arts Council, 1991 – 2002; Doctor of Musical Arts in composition, University of Oklahoma, 1991; Recording Studio Musician, OKC 1990 to present; and has done advanced post graduate studies at the Center for Computer Research in Music and Acoustics, Stanford University 1991, 2014. He is Director of LifeLight contemporary service for St Luke’s Methodist Church, OKC 2000 – present.  Performed with Ray Wylie Hubbard, Pake McIntire, Wanda Jackson, The Platters, The Drifters, The Coasters, Scott Keeton, and  Karl Denson. He has played with the  Bryan White Orchestra musician for Lyric Theater productions, OKC,  2008 to Present. 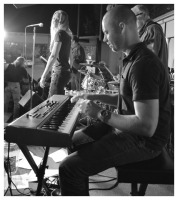 Greg fell in love with the blues as a very young pianist, instantly captivated by the facility of Art Tatum’s stride blues and the rhythm and drive of Meade Lux Lewis’ honky tonk blues, among others.  Having since assimilated many other styles to his repertoire, he has performed professionally on keyboard and saxophone with blues, jazz, soul, reggae, country, and pop artists in venues large and small, from Bricktown to Baghdad. Yet even with all of his diverse sideman and rhythm section experience, his love for one of the greatest gifts that America has given to the world, the blues, is ever close to his heart and always present in his playing, whether performing with the soul/funk/rock quintet Equilibrium, the new blues of the Powerhouse Blues Project, or the Oklahoma Blues Society band. 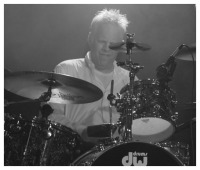 Playing drums for 35 years, Mike McCraw has accomplished much, drumming for the likes of Bo Diddley,

Cowboy Troy and touring with Ty  England.  He was not only the drummer  for   traveling musical acts such as the Coasters, Drifters, Platters and Marvelettes, but  Band Leader/Music Director/Producer for them as well, producing shows in casinos such Winstar World Casino, First Council Casino and many others.  A recipient of the Louis Armstrong award, Mike has also self-produced an instructional DVD for aspiring drummers, “Being a Time Machine.”   He has also developed a marketable drumming product, the Domino Retroplate, www.dominoretroplate.com and runs his own website, www.mikemccraw.com